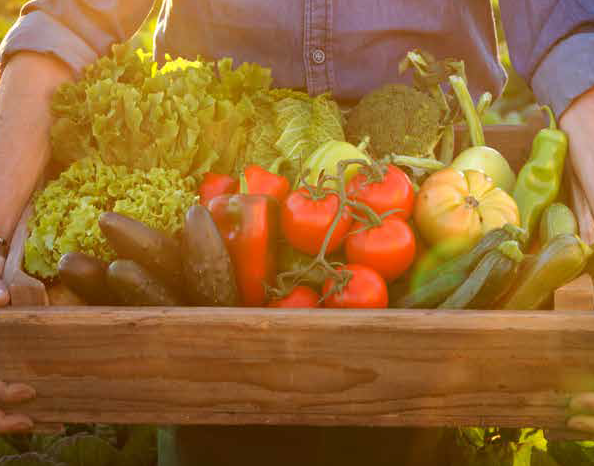 Unfortunately, prostate cancer is one of the diseases diagnosed in men more and more often.
Most men with cancer cells in their prostate gland are unaware of it.
Ingesting foods with anti-cancer activities, while avoiding foods that promote cancer propagation may:
• Lower risk of developing prostate cancer,
• Reduce need for aggressive therapies in those with low-grade disease, and
• Improve clinical outcomes in those treated for prostate cancer.
A 2022 meta-analysis found that meat, especially processed meat, may be associated with increased prostate cancer risk.

Meta-analysis is a type of scientific output used, for example, in biomedicine, which is based on a statistical combination of the results of previously published studies. A well-conducted meta-analysis has a much higher degree of credibility than individual studies, because it combines data from a large number of experimental subjects in an appropriate way. (Wikipedia)

Another recent study found that a high consumption of vegetables and fruits is strongly linked to protective effects against prostate cancer.
Previous research has shown that specific foods can reduce prostate cancer risk and improve outcomes in those following an active surveillance (watchful waiting) program or undergoing curative treatment.

About one in eight men will be diagnosed with prostate cancer during his lifetime.
However, regular consumption of certain foods is associated with lower rates of prostate cancer. By boosting intake of the following foods, men may significantly lower their risk.

In human studies, flaxseed intake has been shown to:
• Decrease proliferation of prostate cancer cells,
and
• Reduce proliferation of tumors in as few as 30 days.
Flaxseeds contain lignans, which are converted in the body into compounds called enterolactones.
Men with higher levels of enterolactones have been shown to be less likely to have prostate cancer than men with low levels.

Lycopene is the carotenoid pigment that gives tomatoes their red color.
A systematic review of cell and animal studies found that lycopene decreases androgen metabolism and signaling, an important factor in prostate cancer growth and progression.
Additional anti-cancer mechanisms of lycopene are believed to include inhibiting inflammation and reducing oxidative stress within prostate tissue.
Lycopene is known to inhibit the growth of prostate cancer cells in vitro, and higher circulating levels have been associated with reduced prostate cancer risk.
Above-average consumption of lycopene has been tied to a 59% reduction in the risk of death from aggressive prostate cancers.
A meta-analysis found a significant association between a lower risk of prostate cancer and consumption of tomatoes, cooked tomatoes, and tomato sauce.
The greater the tomato consumption, the greater the risk reduction.
To enhance the absorption of lycopene from tomatoes, eat them in processed form such as tomato sauce, or process them yourself by cooking and eating them with healthy fat, such as extra virgin olive oil.

In a phase II clinical trial of men with low-risk prostate cancer, prostate tissue samples from those who took pomegranate fruit extract daily for one year contained significantly lower levels of biochemical markers associated with DNA damage and prostate cancer.
An earlier phase II trial was undertaken in men who had undergone surgery or radiation for prostate cancer and who subsequently showed rising PSA levels.
Patients who consumed 240 ml of pomegranate juice daily had a delay in PSA doubling time, the time it takes for PSA levels to rise.
Preclinical data show that pomegranate components protect against multiple aspects of prostate cancer including growth, progression, and spread, by inhibiting:
• Tumor cell proliferation,
• Cell division,
• Invasiveness,
• Growth of new blood vessels, and
• Metastasis (spread).
A review found that three components of pomegranate exhibit these inhibitory effects on prostate cancer growth and spread: luteolin, ellagic acid, and punicic acid.

A study found that men with the highest boron intake showed a 54% lower risk of prostate cancer compared to those with the lowest intake. In addition, they reported that increased dietary boron intake was associated with a decreased risk of prostate cancer in a dose-response manner.
In an animal model, scientists orally administered various concentrations of a boron-containing solution. This resulted in decreases in prostate tumor size by 25% to 38%. Remarkably, PSA levels dropped by an astounding 86% to 89% in the animals that received boron.
These findings suggest that supplemental boron may have both preventive and therapeutic effects—helping both to shrink prostate tumors and to decrease levels of PSA.

Observational studies have shown cancer risk reductions of up to 50% based on higher vitamin D status. People with higher vitamin D levels have lower odds of lethal prostate cancer.
It’s difficult to get enough from food sources and there are risks with sun exposure. Scientists have determined that supplemental doses ranging from 5,000 IU to 8,000 IU daily can bring blood levels of vitamin D up to optimal ranges associated with reduced risk for chronic disease.
Regular blood testing is important to guide adjustments to these doses to achieve the maximum benefits.

Curcumin induces apoptosis (programmed cell death), interferes with the spread of cancer cells, and regulates inflammatory responses.
In one trial, 30 patients with castration-resistant prostate cancer and rising PSA received curcumin while undergoing treatment with docetaxel and prednisone.
Improved PSA responses were noted in 59% of participants.

Specific foods and drinks have been shown to be associated with a favorable influence on risk factors for, and mechanisms of prostate cancer.
Making walnuts, cruciferous vegetables, flaxseed, and other plant foods a consistent part of a healthy diet— further supported by supplemental vitamin D, boron and other nutrients—could potentially save lives and spare men the side effects of conventional treatments.
Consider cutting back or avoiding red meat, especially processed meat to further reduce risk of prostate and other cancers.
SOURCE:
Life Extension Retail Magazine; September/October 2022, Michael Downey: Foods and Nutrients That Help Prevent Prostate Cancer, p. 54-61